Mostly one form of energy is often converted into another energy form and this conversion of energy forms is mainly done on the basis of the law of conservation which is one of the laws of thermodynamics. For instance, when a fire is lit the burning wood releases the chemical energy which is usually stored in the wood molecules bonds thereby generating thermal energy (Kadambi and Prasad, 1994). In addition the electrical energy is often converted to heat or thermal energy by a variety of electrical devices such as an iron box, electric cooker or toaster. Also the chemical energy mainly stored in the muscles of a leg is converted into kinetic energy when pedaling a bicycle.

Furthermore, sound is usually a form of kinetic energy. Therefore air molecules are actually vibrated thereby moving in the patterns of a wave.  However, when these waves usually hit the eardrum of our ear they makes it to vibrate also. Hence this vibration energy is converted into impulses of electrical energy that are interpreted by the brain as sound (Kadambi and Prasad, 1994). Additionally there are some  times when there is involvement of multiple conversions of energy. For instance, considering the generation of nuclear power. Atoms contained in the nuclear fuel are frequently split thereby releasing their mass (nuclear) energy as a result leading to creation of thermal energy. However, the generated heat energy usually captured as steam is used in the process of driving a turbine generator thereby being converted to kinetic energy which is also used in spinning a magnetic field which is around a conductor which creates a current to flow as a result electrical energy is created (Kadambi and Prasad, 1994).

Fossil fuels are usually the fuels that are mainly formed through natural processes including the anaerobic decomposition of dead organisms that are buried within the earth crust. However, the age of these organisms as well as fossil fuels that results is estimated to be millions of years (Kadambi and Prasad, 1994). Moreover, the fossil fuels containing carbon in high percentages include petroleum, coal, and natural gas. Additionally the fossil fuels usually range from volatile materials like methane with low carbon: hydrogen ratios, to the  liquid forms such as petroleum and finally to the non-volatile materials that are usually composed of almost carbon purely such as the anthracite coal. Fossil fuels are undoubtedly the most common source of energy globally. Hence it is the most attractive form of energy due to its abundance and affordability in comparison to most of the other sources of energy (Kadambi and Prasad, 1994).

There is also a variety of other sources of energy that acts as alternatives to fossil fuel energy. However,  the main two alternative sources of energy  to fossil fuel are the nuclear energy and hydroelectric energy. For instance, nuclear power is usually generated from the fission of plutonium, uranium or thorium as well as the hydrogen fusion into helium. However, nowadays it is mostly uranium (Kadambi and Prasad, 1994). The fission of an atom of uranium is likely to produce ten million times of the energy which can be produced as a result of the combustion of a single carbon atom from coal. The nuclear energy compares with fossil fuel because it is non-renewable. However, it has various advantages such as production of massive energy from very little resources and cost effect when operational. It also has the disadvantage of being expensive to set up and producing very dangerous and radioactive waste.

Hydroelectric energy is generated by hydropower whereby electrical power is produced using the gravitational force of flowing or falling or water. It the most common renewable source of energy and does not produce green house gases as well as being easy to operate after installation (Kadambi and Prasad, 1994). However, it has some disadvantages because it is affected by water shortage during droughts and also it is relatively expensive to set up an hydroelectric plant. 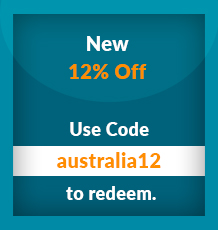